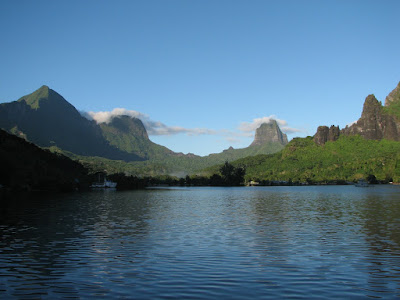 We left Moorea on the 25th. It had been a very nice stay and we ended up spending a couple nights anchored deep into Cook's Bay off the Bali Hi hotel. We could have spent more time in Moorea but there are certain time governing factors involved with French Polynesia, especially for non-EU citizens. First, our visa is good for three months only. Second, if the boat is insured, and most are, the insurance companies require that boat be out of the areas of circular storms during the season for those storms. And third, it is expensive, very, very expensive to hang around here. We liked Moorea a lot but it was time to go. So after a evening Tahitian Dance show at the Bali Hi we departed with 'Shilling' (a very nice English couple's boat) for Huahine, about a 75 mile sail. 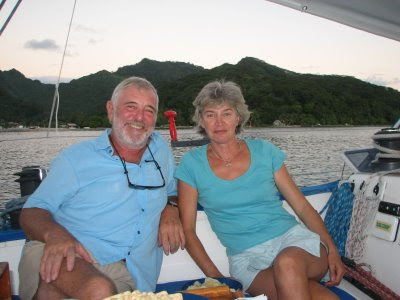 It was supposed to be a nice night's down wind sail. Wayne, a single hander in 'Moonduster' , had left a couple hours earlier and reported good conditions. However, it turned into a washing machine with winds all over the place. Nothing dangerous, just a long pain in the butt night. We got into Huahine as planned, relaxed and slept for twelve hours. 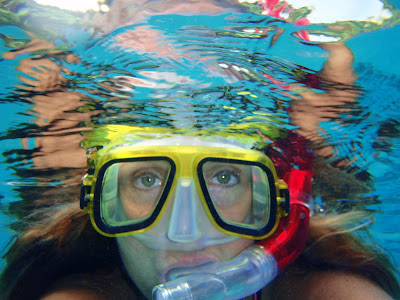 By the way, just getting your own tank filled here costs about $15! We've had a couple lovely anchorages. Huahine has the reputation of being very quiet and rural. It almost goes without saying it's very beautiful. There is a nice little village with a very excellent store, an important matter to cruisers, and that dive shop with the very lucrative compressor. There is wireless internet at the village anchorage and a great view of the sunset over Raiatea, Tahaa and Bora Bora 20-30 miles to the west. Right now we're at anchor at the very southern tip of the island just west of Point Tiva, the Bay of Avea. It's a lovely anchorage with a palm fringed white sand beach to shoreward and the reef with a big curling break to seaward. Many of the usual suspects are present. These include Moonduster, Elusive, Hannah, Meridian, Blue Plains Drifter, Scarlet O'hara....These are boats we've seen now at various places over the last few months. They're folks who have similar ideas so we circle in the same circle more or less. We were socializing with Shilling night before last and we had Moonduster over to visit last night. We will probably be anchored out at another spot totally to ourselves tonight. There is a social circle amongst the cruising boats but it's very loose and people may disappear forever with just a word of good bye or they may stay in touch for years. It's a very good bunch of people. 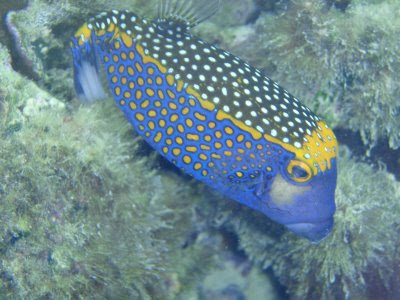 We ended up spending another night in Bay of Avea. 'Shilling' invited us and the folks from 'Scarlet O'Hara' over for dinner and we couldn't turn down that invitation. It was a very sociable evening and great fun but we headed north this morning and anchored about half way up the island off a beautiful beach we spotted on the way down a few days ago. We've been social butterflies these past few days and it's time to have a place to ourselves again. That's exactly what we have now...not another boat or person in sight and a lovely anchorage. The sun just set over Raiatea in the distance and Janet is fixing up some nice omelets for dinner. I've a small cognac in hand. Life is good! 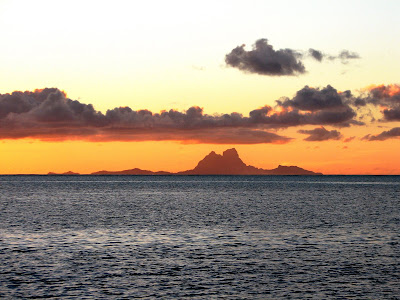 Yesterday was a pretty hectic day by our standards. We hauled anchor and motored up to the village of Fare early. We rented a scooter (I'll quit whining about prices) and drove all over the island. And we heard that the beginning of the July festivities would be that night at just outside of town. A dance contest no less. "Food, vahines...everything you need man!" So that became the plan, we went to the dance contest. It was quite the evening and definitely not a tourist event. It wasn't even very French, this was a Polynesian affair without many round eyes present although we were certainly welcome. Fare has a large public building which is a combination indoor soccer field, market, event platform....just a big steel roof with open sides and a sand floor about 100X40 meters. They had the sides blocked off with palm thatch so they could charge admission and grand stands set up all around the perimeter of the inside. There were bandstands at either end and special seating for dignitaries and announcers, lots of sound system stuff and about four thousand people present. There was a long benediction. There was speechifying by the local pols including the 'president'. There was much ceremony. This consisted mostly of howling old women in white with palm fronds haranguing the audience about the cultural significance of it all....I think. 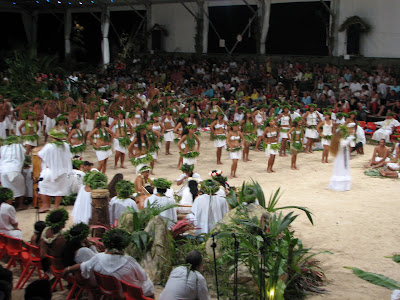 There was drumming at all times coming from seven different groups which I think represented each village or district on the island. And there were lots of dancers in groups, male and female, waiting for the contest. The master of ceremonies was a hilarious fat old man in a lovely white lace dress and heels. Yep, full drag! In Polynesia it's fairly common for a family to decide to raise a male child as a girl. Maybe they don't have a girl, maybe they just want another, but the child is raised as a girl and lives their life as a woman. It's completely accepted and not even cause for comment. You see them everywhere and it's pretty funny to see a fat, tough looking old guy in a nice dress, fully accessorized and carrying on with his real female friends. They even have a kind of semi-official status which I don't completely understand. And several of these guys pretty much ran the show with gusto and humor. The hairy old guy in the dress would announce the goings on and fall into a gay simper at the end of his speech and everybody would crack up. He was very good. And the dancing was spectacular. We think it was just the start of the contest but it was for best solo male and female dancers and best male and 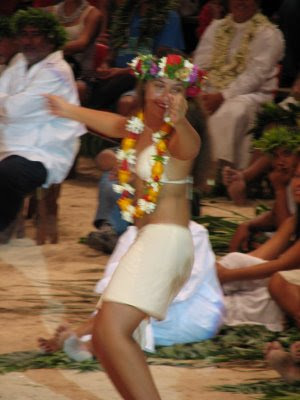 female together. Their were seven groups represented and they each had their own drums and music. The girls were all great, very sensuous and pretty and the guys were hunky and a couple even had some talent to go with the girls but the main show was the women. The crowd really gets into it and the drumming is spectacular. There is plenty of sexuality. No tourist show. It's right there very up front and everyone is enjoying the moment. And when the representatives of the seven groups had danced, there was a short announcement, everybody sang a kind of good night song, and it was over. We expected some sort of resolution...didn't happen....maybe later?? But it was a great evening!

Today we may get out of here for Raiatea and Tahaa. LIke I said, sometimes regretfully, we have to move on. Should be a light air sail.

Posted by Bill and Janet Wickman at 1:43 PM

Travel into the paradise island such as Bali will create another un-forgettable experience. There are many tourist attractions to fill your holiday in Bali. For accommodation, there are wide range of Bali hotels from cheap Bali accommodation to luxury Bali villas at affordable prices.