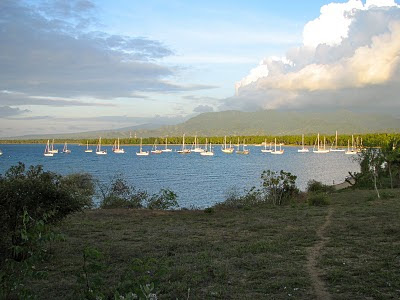 Actually, right now we're anchored at Gili Air, again. Janet's out for a morning dive. My eardrum isn't healed up yet so I'm relaxing on a beautiful morning on the boat. I've overcome the urge to service the windlass. Maybe later. There's a gentle breeze cooling the cockpit. And here I sit slaving away over a hot update. 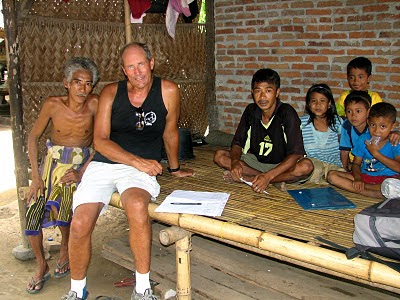 It occurred to me this morning as I walked along the sand trails that serve as roads for the horse carts on Gili Air (the only transportation) that this is one of my favorite places, ever. There are a few nice places to eat and drink. We have decent wireless internet. It's never more than a few feet to a lovely beach, the people are very sweet, the water is beautiful, there are sea turtles around the boat as I write and the anchorage is calm and secure in most conditions. If we want night life it's a few miles to the scene at Gili Trawangan. If we want the tourist zoo it's a day sail to southern Bali. If we want local culture and rural beauty it's here or  it's a short hop to Lomboc or most of the rest of Bali. This is a great place! 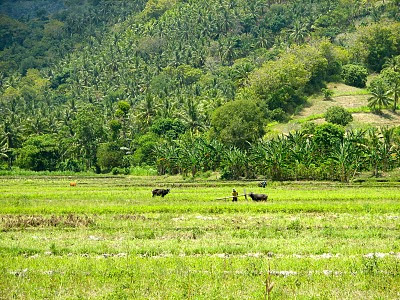 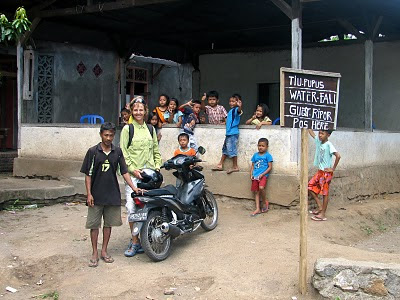 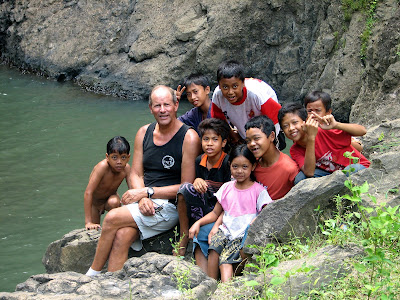 We came up to Medana Bay on Lomboc a few days ago to meet up with friends on other boats and participate in the Northern Lomboc rally event. There were over forty boats there as the clan came together after splitting between Kupang and Banda a couple months ago. We're back hooked up with Tin Soldier, Marnie,  Linda and First Light III and other old friends. The rally event was fun and we saw some more of Lomboc. Actually rented a scooter and braved the roads which is not something to be done casually. The the traffic is not so heavy as in southern Bali but there is just no way to figure out who is going to do what, next. We survived. 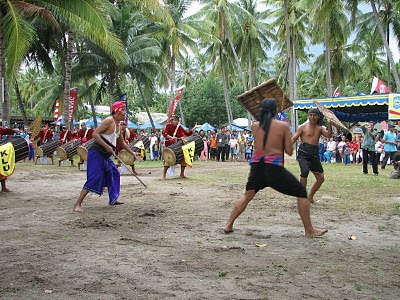 So yesterday, after the events were over, boats began moving out again. Linda is at Trawangan.  Tin Soldier is with us here. La Palapa and Amulet are already in Lovina at north Bali. We'll most likely take off early, like 0300, tomorrow morning for the twelve hour trip to Lovina. The plan is to use Lovina as a base for further exploration of Bali, do the rally events there, which we think will be spectacular, and jump off for Borneo. That trip should be about three days enroute. We'll take the boat up the river at Kumai and then probably do a "Lord Jim" trip further up on a river boat to view the Orangoutangs and other Borneo type jungle critters. And I know, I know, it's no longer 'Borneo',  it's Kalimantan. I like "Borneo" better. 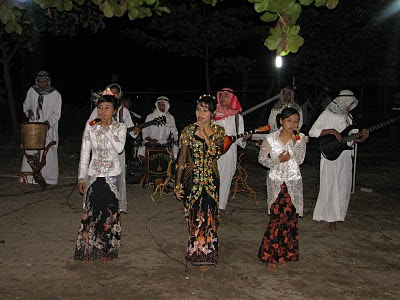 We'll update again from Lovina. Early reports from there are very encouraging. I think we'll love seeing more of Bali.

Love to all,
Bill & Janet
SV Airstream
Posted by Bill and Janet Wickman at 8:46 PM