We’re in a comfortable hotel in the heart of Sydney, Australia with a cricket match on the tellie and tucker in our tummies contemplating our trip home tomorrow. A lot has happened since our last update so I’ll try to catch up a little. 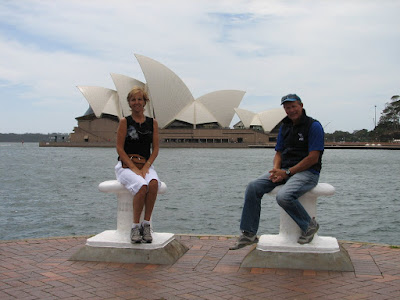 Airstream left Luganville, Vanuatu about 1100 on the 19th of October in company with Glenn, Marilyn and Jaryd, our good friends on their boat Tin Soldier. 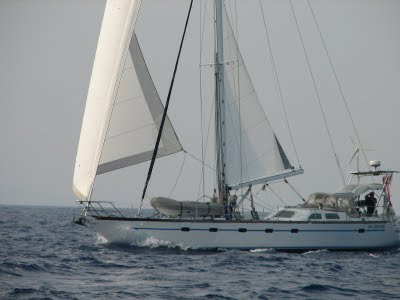 I tucked two reefs in the main when we hoisted and five days later I took them out. It was that kind of passage. The forecast was for reinforced trades across the Coral Sea with 25-35 knots most of the way. We had hope for winds and seas well aft the beam and a reasonable ride. As it turned out things were a little more out of the south the first several days, pretty much a beam reach, and the ride was pretty darn ‘boisterous’ most of the way. We saw over thirty knots quite a bit of the time and over thirty five occasionally. Other boats reported more. Seas were maybe twelve- fifteen feet max but of fairly short duration and choppy. All in all we were happy when things calmed down a little the last day. Of course they ended up calming down almost completely and we motored the last sixteen hours into Bundaberg dropping the hook in the quarantine area at 0226 on the 26th. The passage worked out to 1086 MN total distance. Six days 15 hrs enroute for a 6.82 knot average, 164 NM per day. A good passage for us but since we had to get a little beat up it would have been nice if the wind gods had kept it up long enough to avoid the motor at the end. I know, I know, cruisers never stop whining about the winds. We didn’t break anything and wear and tear was minimal. All passages should be so lucky! 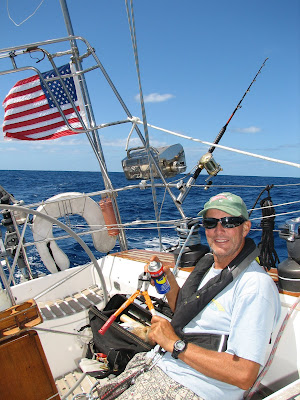 In this voyage we participated in the Port2Port rally sponsored by the Bundaberg Cruising Yacht Club and Volunteer Marine Rescue in Bundaberg. They provided a radio net enroute and a week of festivities after the boats arrived. This being our first ever ‘rally’ experience I will say the folks in Bundaberg showed us a very good time and we enjoyed the opportunity for a low key week long party with old and new friends. It was a great way to end our cruising season.

The plan was to put the boat in dry storage in Bundaberg so we stowed everything away and hauled out on November 2nd. 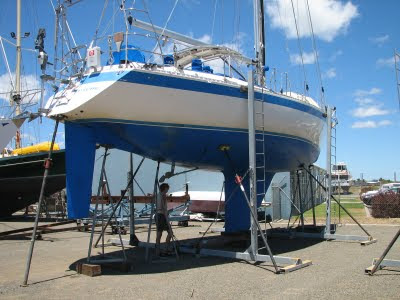 We rented a car, threw our accumulated stuff from the season plus some sails into the beast and blasted off south for Sydney, not without some sadness at leaving friends and the South Pacific behind for several months. The good thing is a bunch of these people have more or less the same plans as us for next year and we’ll see them in March or April.

The nine hundred mile drive to Sydney went well enough with a night spent in Coolangatta on the way. The country side was lovely, mostly various forms of Eucalyptus forest with some agriculture and orchards. We saw several groups of kangaroos and the road kill was was definitely not North American. We spent a night in Manly which is a rather cool beach suburb of Sydney and delivered the sails to the UK loft where there’s a little work to be done. Since then we’ve done the tourist thing in Sydney. 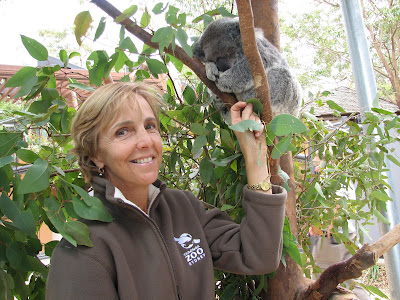 We’ve been to the aquarium, the botanical gardens, the zoo, the opera house, the ‘Rocks’, the circular quay, the Sydney tower, the maritime museum, the replica of Cook’s ship ‘Endeavor’, the observatory park and we’ve tramped a good deal of the center of Sydney. All in all it’s a very nice city and well worth a visit. 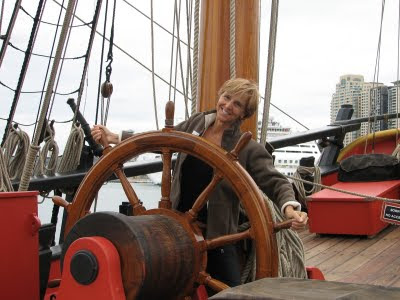 What’s really striking is the incredible contrast between life a thousand miles to the east in Vanuatu and here. Were back in a very modern and cosmopolitan place and the two realities are hard to reconcile. Of course there’s no need to reconcile anything. Both are quite real and both have their advantages. I just hope we can take the best from them and enjoy all that’s offered. 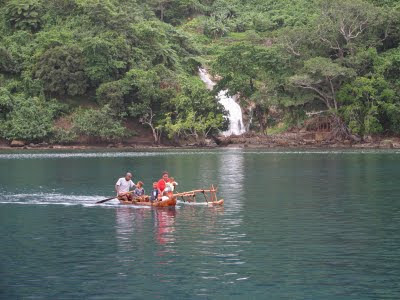 So tomorrow, the 8th, Delta Flt 016 shows 18 seats left in business and 96 in coach. Looks like we should get on to LAX. Just hoping for business! Horizon 2307 LAX-ACV is only half full so with a little luck we’ll be home at 1130 local, about twenty minutes before we leave! We get our day back. 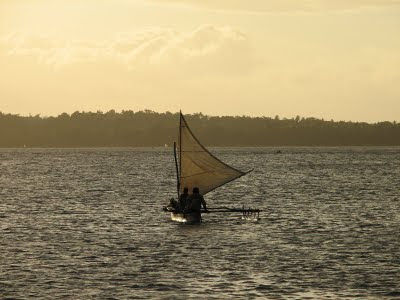 Posted by Bill and Janet Wickman at 10:47 PM

We enjoyed the blog Airstream! Mokisha's crew is safely tucked away in Big Sur doing projects, seeing family, etc. We return to Fiji on Jan. 19th. Then fly to N.Z. for a couple of months. Enjoy your time home - I know you will as we're enjoying being home. Take care - Australia is awesome, eh?
Colleen & Tom