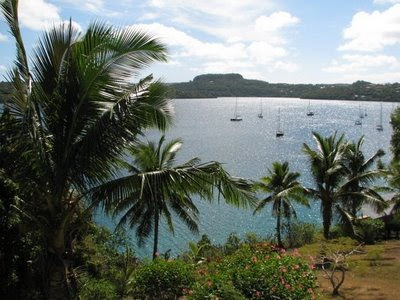 My apologies for the length of time since our last update. Could it be we've been having a pretty good time in Tonga? Yep, 'tis true, and since we survived yesterday's weekly 'friendly' yacht race, sometimes called the 'Friday Night Fight', I'm inspired to write.

The Vava'u Group of Tonga is a busier place than ten years ago when we last visited. There are a few small resorts on the out islands now and town (Neiafu) has more to offer in the way of feeding and watering establishments. Actual provisioning from the grocery stores is still pretty sparse. There is decent wireless internet coverage in the anchorage. How we lived before this became available I do not know. We've been alternating between time spent at out island anchorages and time spent on a mooring in Neiafu. Both have their joys. However, Janet is still healing up from her exhaust pipe burn so she's not been engaging in her principle joy which is snorkeling and scuba diving in these waters. As she puts it, "Spying on the private lives of fishes." She's about healed and says next week it's back into the water. Around Neiafu the principle joy is the daily discovery of some small thing about the place interspersed with a lot of cruiser social activity. Most of our friends are here now. It's high season in Tonga and the Aquarium Cafe, the Bounty Bar, the Mermaid, etc., can be pretty crowded any time of the day. 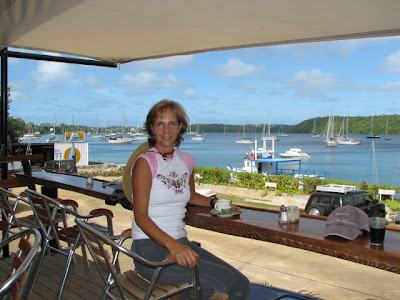 Since everything depends on the arrival of the inter-island cargo boats and then the not-so-efficient dispersal of goods you never know where you can eat what from one day to the next. Last night one of our favorite places was "out of food". The ferry didn't get unloaded. Often times the ice cream place is out of ice cream, horrors! A couple days ago I stopped by the local 'ice cream parlor' and they said they would have ice cream in the afternoon. There were a bunch of very large rather determined looking Tongan guys just standing around. I came back in the afternoon and the guys were gone and they were now "out of ice cream". Oh well.

We raced our own boat yesterday for the first time here. We've got very good sails and this is a fast boat but it's not set up for 'around the buoys' racing. There was the usual turnout of about fifteen fairly serious boats. We a had a nice crew of friends aboard. This racing is very basic. All boats are thrown together with no handicapping and the first boat around the course wins. The course is set up to offer maximum thrills to the spectator/bar flies at the Mermaid (who sponsors the race) so there's a lot of maneuvering of big boats in very close quarters close to shore and obstructions, exciting but dangerous. Baring big problems the fastest machine wins. We won the start but gradually got over hauled by a couple pure racing racing machines a 47 foot catamaran and some sort of fifty foot custom boat. Finished fifth which won us dinner at the 'Dancing Rooster'. More important we all had a blast and nobody got killed or even seriously damaged. There's nothing more exciting than a crowded mark rounding of a bunch of big boats in very tight quarters.

Loren and Mary Halverson were here for a couple weeks and we had a great time. 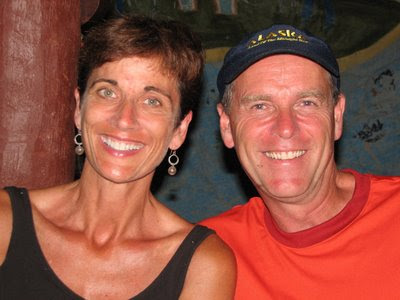 They are active, athletic, outdoorsy types who can deal with a marine toilet and smile. A dark night dinghy ride in the rain seemed to hold no terror for them. They were great company. Michael Roach, the previous owner of this boat, Fred Huffman, who is a mutual friend and who did a lot of rig work on this boat and other friends are here on another boat which is a lot of fun. We did have some pretty crummy weather for a few days. Came down about thirty hours straight and must have rained about a foot. Had enough wind to destroy my wind generator when I didn't get up in time to shut it down. Had three hours straight of absolutely continuous lightning. The most spectacular display I've ever seen from the ground. Our anchor windlass has finally died. I ordered a new replacement from New Zealand yesterday. Thank god the Zealand dollar is even worse off than the US dollar. Windlasses are not cheap. This one lasted twenty-three years and I knew it would go eventually but the thing was getting down right dangerous to use and now it's really squirrelly.

So that's all part of this kind of life. I've now got to replace a wind generator and a windlass. A couple of our good friends just had their genset and their water maker fail on the same day. A very expensive day! Sometimes my sweet spouse thinks I'm lower than whale droppings on the bottom of the sea. Sometimes I'm her hero. Sometimes we have priceless experiences. 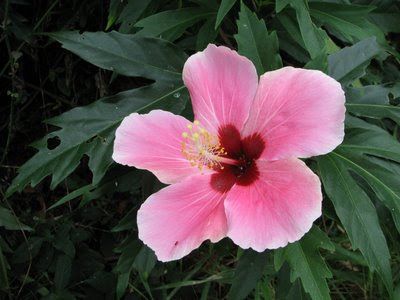 Sometimes the price seems pretty high. Life out here is life like anywhere else but maybe, I think, a little more direct and pretty darn nice. No matter where you go, there you are. Most of the time! 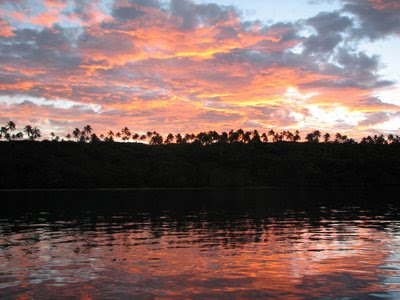 Ha-apai Group and then Tongatapu and then to New Zealand. We hope to be under way for NZL by mid October, earlier if possible, all depends on the weather. We'll spend time there with friends and then be back in California until around April. As they say in the cruising community, "That's the plan." We'll see!


Posted by Bill and Janet Wickman at 2:02 PM