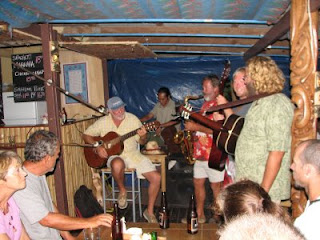 It's been a very social time here in Vava'u the past couple weeks. Just about everyone we've met along the coconut milk run has congregated in Tonga although a few boats chose to go to Fiji and a few boats have left for Haapai. We've been racing on Fridays and doing well although we can't seem to actually win outright. There is always some big boat or two which is just too darn fast to beat boat for boat. We console ourselves that if this was 'real' racing with any kind of handicap system we'd be well ahead of the game. Of course, what would happen with the boats who are slower and have correspondingly greater handicap ratings than us? Best not to think about it. We've had only one casualty. 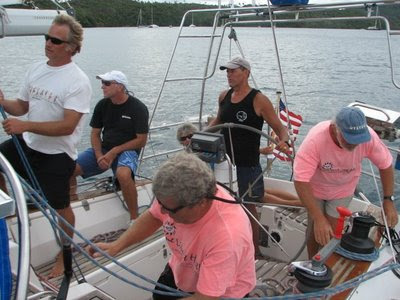 Glen from "Tin Soldier" who crews for us trimming the traveler got whacked by the mainsheet when the boom came over in a jibe. Luckily there are a couple doctors in the fleet. A few stitches here and there and he was racing again with us next week. And watching the main sheet very carefully! 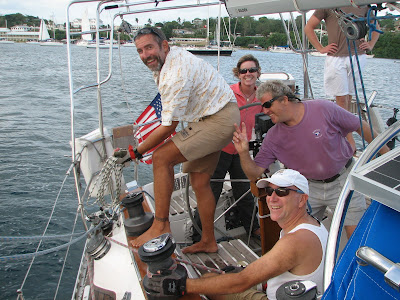 We've spent more time in the 'big city' of Neiafu than we planned. We were waiting for our new windlass to be delivered. This is not such a simple matter since it came by air from New Zealand to Tongatapu and then by the weekly ferry from Tongatapu to Neiafu. This has been known to take awhile. For us it worked just fine and after a little discussion with the customs officials, very gentlemanly and sweet, and the exchange of some cash in the form of a 'use tax' we had our new windlass. A few hours of wiring, hammering and bolting and, low and behold, it works as advertised! I feel now my fingers and feet have a much better chance of survival than had we tried to continue with the previous old beast.

The weather has been a bit of a disappointment. Just too much rain and overcast. We could have been in the Pacific northwest if it were about ten degrees cooler. That system does now seem to have finally broken down and we've had some sun and we're looking forward to more.

We went whale watching and swimming with Humpback whales a few days ago. It was a really rough day so they were on the move and we only got in the water a few minutes with a cow and a calf. Still very impressive to be snorkeling along with a forty foot beast and her ten foot calf. Day after tomorrow we plan to head south to the Haapai group and spend at least a few days there. Then we go a little further south to Tongatapu and the capitol of Tonga, Nuku'Alofa. From there we shove off for New Zealand. So this is the beginning of the third phase of the season for us. We did the passage to Polynesia, we have crossed much of Polynesia and now we leave Polynesia for New Zealand. There are certainly mixed feelings about this. 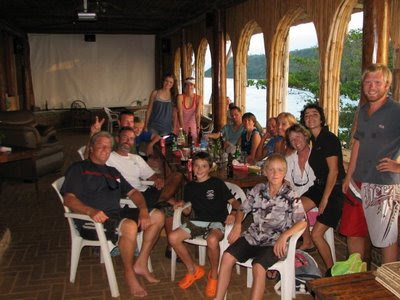 We have already said goodbye to some good friends who we may not see anymore. There's the feeling that we won't be coming this way again and that we haven't done all we should have done. There's the thought that we're letting 'time' and 'insurance criteria' (the insurance companies require boats to be out of the tropics during the typhoon season) run our lives. But there's also the desire to move on. And desire to meet friends in New Zealand. And, the truth be told, the desire to actually come back to our home for a while and see family and friends and cats. 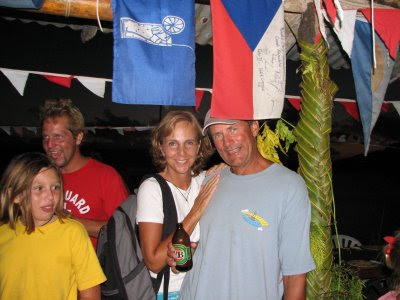 Posted by Bill and Janet Wickman at 2:02 PM