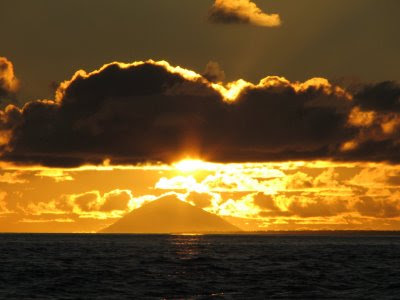 We left the Vava'u group of Tonga on Sep. 30th. We had a great time there despite some very 'unsettled' weather during much of our stay. "Unsettled" is the term the South Pacific weather people like to use to describe rain, more rain and blowing like stink. The night before we left Neiafu there were gusts over 60 knots and we had continuous winds over thirty knots for nearly 20 minutes. This was in a very well protected anchorage. Of course by the time we left the group it was dead calm and we motored all the way down to Ha'ano in the Haapai Group. At least it was a beautiful day. And we caught the biggest fish of the trip so far. It was a 62" Yellow Fin tuna and it was quite the fight. Luckily it was calm enough to maneuver the boat while the fish fight went on and we tried to board the beast. When we finally got him gaffed he was too heavy to lift over the life lines so we tied a rolling hitch to the gaff with a spinnaker halyard and used a halyard winch to hoist him up and over. He was probably over a hundred pounds. 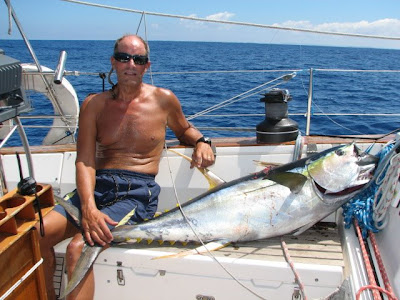 There will be pictures to follow when we get internet access again. We've been giving away fish to everyone. We'll never eat it all even though it's absolutely delicious.

As far as we know there's one computer in the Haapai group and it's dirt slow on the net. This letter is coming via HF/sailmail. However, the Haapai group islands are very beautiful. It's a combination of the low lying palm tree lined beaches of the Tuamotuos and the slightly more raised and rugged Vava'u group. 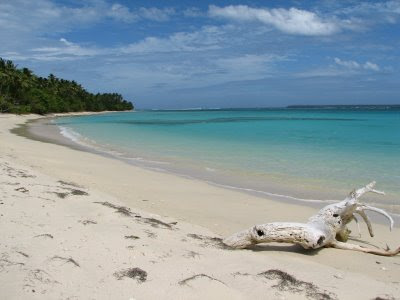 The villages and the one real town, named Pangai, are very quiet and rural but a little better organized and seemingly more prosperous than the out villages in Vava'u. Things here are very basic. There are several churches, a couple small groceries and one 'cafe' with that computer I mentioned. 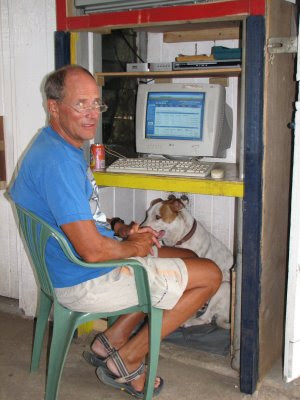 There are a few very remote and quiet resorts which tend to be very nice but the kind of place where the customers think they're the only people in the world who know about it and everyone wants to keep it that way. We have the place pretty much to ourselves but there are two other boats now in Pangai, the capitol, of Haapai. We initially anchored in Ha'ano and spent one night there but again it began blowing really hard and backing around to put us on a lee shore. So we pulled anchor (really fun in those conditions) and headed south to Foa where there was better protection. We spent a couple days there and then moved here to Pangai this morning. We're here with 'Free Spirit' and 'Be Be' and they are very good company. 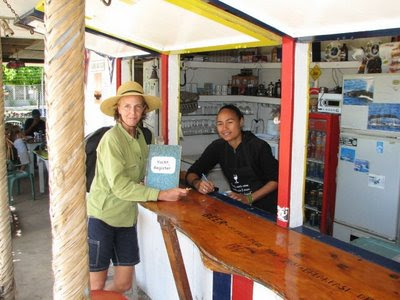 The anchorage is excellent and although there are plenty of reefs surrounding us I described this to Janet after I dove the anchor as the "perfect set". And what is the perfect set? We're in 18 feet of clear water above smooth white sand. The wind is holding us offshore and the shore reef is 200 yards to windward. The offshore reef is a good quarter mile to leeward. The 3/8" anchor chain lies for a hundred feet straight ahead without a lump of coral in sight and the 55 pound Rocna is half buried in nice sand. It don't get much better than this. Now if the wind would calm down (still blowing 20-25 knots)we could really enjoy this sunny afternoon.

The plan from here is to head for New Zealand. We'll wait for a weather window and depart from wherever we happen to be when it looks good for the 1100 mile voyage. We contract with Bob McDavitt of the New Zealand meteorological service for weather forecasting. In his latest mini update he thought it might look good for a departure on the 8th. We'll see. We can get fairly good weather info off HF radio but I feel better on a long trip having the local weather expert, and that's very much what Bob is, telling me what I'm seeing and analyzing is or is not what I think.

Posted by Bill and Janet Wickman at 11:35 AM