Its the loveliest of afternoons, 75 degrees, gentle breeze, crystal blue sky. We're anchored securely at the north end of the bay of Siracusa. A few hundred yards to our east lies the beautiful old city of Ortygia, ancient Syracuse. 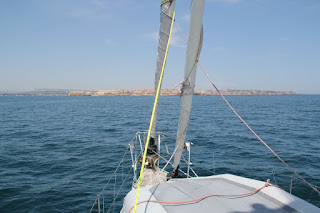 And a few hundred yards to our west the shoreline is low lying and undeveloped beach. On those beaches in the winter of 413 BC the last surviving Athenian ships were run ashore and burned after losing a desperate sea battle within this small bay to the combined forces of the Syracuse and Sparta. It had been the last chance for the Athenian  force to save itself and escape their disastrous invasion attempt. The seven thousand or so survivors of the thirty thousand invaders were rounded up soon after. The leaders were executed despite promises of mercy to them and their troops. The remaining forces were imprisoned in a stone quarry where they were systematically starved and tortured to death. Very, very few of the Athenians who had departed a year earlier ever returned home. It was a debacle of almost twentieth century proportions.

Today the old portion of the modern city of Siracusa, Ortygia,  is one of the nicest urban areas whose streets we've ever wandered. There's a wonderful market set behind the ruins of the ancient temple of Apollo. Many streets are too narrow for automobiles. There are some beautiful churches and piazzas and cafes and trattorias hidden within courtyards. It's one of the nicest of cities, full of character, good food and sweet people. 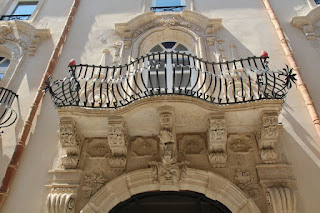 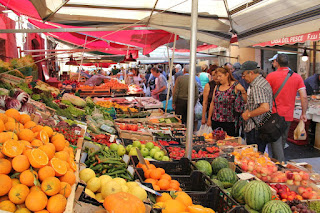 We had motored up from Ragusa in calm conditions spending a night anchored out in the bay at Porto Palo and then continuing on to Siracusa. We've got friends here, BeBe and Sea Bird are anchored nearby. We just met another American boat, SV Benevento, a Pacific SeaCraft 40 with Darold, Jennifer and Dante Massaro which is here as well. Actually its a San Francisco boat heading east and they're nearing the end of a two year cruise. 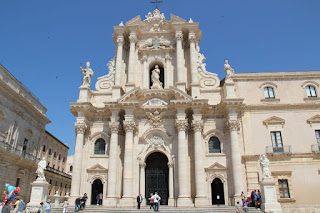 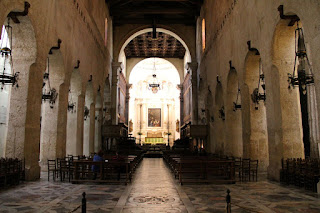 We've had some nice walks in the city, the cathedral is very nice enclosing the original Doric columns of a 6th Century BC temple to Athena. Its easy to get pleasantly lost in the neighborhoods. Tonight it will be dinner for seven at a local trattoria favored by Steven and Carol (Sea Bird) from previous visits.

The plan is spend a few more days here and then continue north to Riposto and Messina and then through the Straits of Messina to the volcano islands to the north.

Love to all,
Bill & Janet
SV Airstream
Posted by Bill and Janet Wickman at 12:19 PM

Bill & Janet - " Ohio go zai mas" from Tokyo ! You guys live quite the life ! Our upcoming days in the San Juan Islands may not have quite the story as yours ! Enjoy !!! Charlie & Sue

The photos from the old buildings are realy very beautiful. Also the way that you wrote everything is perfect. Enjoy your trir!!

Nice to hear from you. Say hi to BeBe. We're still stuck in Turkey awaiting a new mainsail and then we head west, too. Maybe we'll see you one of these days. Best to you both. Bill and Bunny