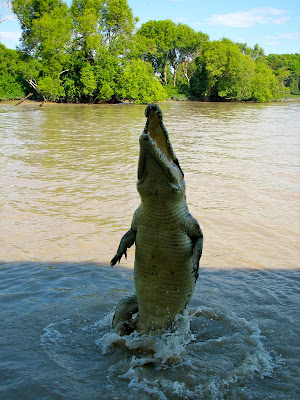 Roughly 24 hours, that is, and we'll be outta here! Sayonara OZ. It's not that we haven't had a good time in Australia, we have.  As I've said many times the people have been great. The land and the coast have often been very beautiful. But it's time to leave. I'd think it's just me but Janet and most of our cruising friends feel the same. Anyway, tomorrow at 1100 local is the 'official' start of the Sail Indonesia Rally and we'll be off shortly behind the small contingent which is actually participating in the Sail Banda Race. Having done plenty of races we have no intention of getting tangled up in the start line chaos for no reason. Should be about 105 boats departing and that will be fun enough. It's about 450 nautical miles heading 285 degrees true to the entrance to the strait leading to Kupang on the island of Timor, our first destination. The weather looks good, maybe a little light, but we should have about a three day passage. There's almost a full moon and the winds, current and swell should be well aft the beam. Should be a nice passage, we hope.

We've explored Darwin and the local area. We went out to the Adelaide River and watched the
jumping crocodiles. That may be a very touristy thing to do but it was not something we're likely to see
anywhere else. We went to the Territorial Wildlife Park which was nice. We watched birds at fog
damn. Janet has made friends with a flock of ducks at the marina. They know a handout when they see it. We had dinner with Aussie relation of friends in Eureka. We've had a very active cruiser social life amongst the boats.

Darwin has been good but very expensive, even by Australian standards, which is about twice as expensive on the whole, as the states. So we're looking forward to another culture. Everybody here says Indonesia is chaotic and wonderful all at once. We can handle the chaos, especially when it's expected. And so far I've never met an 'exotic' culture I didn't enjoy. We'll try to make some friends. We'll try to keep the boat right side up with the water on the outside. Those things are what's important.

Internet access will be pretty spotty. I'll try to make some blog posts by HF radio email but there won't be any photos until we get some band width. We should be in Singapore by around the first of October. 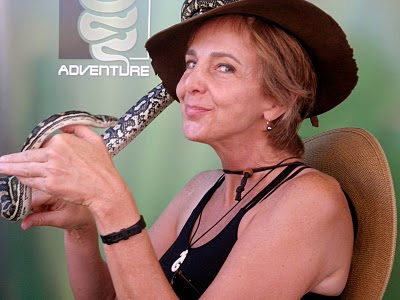 Love to all,
Bill & Janet
SV Airstream
Posted by Bill and Janet Wickman at 7:13 PM