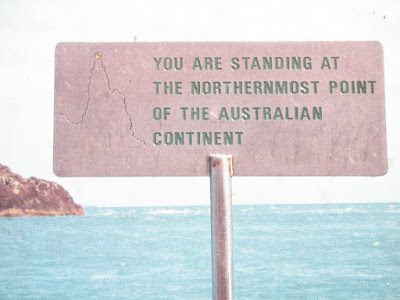 1366 miles after leaving Bundaberg we're at anchor in Siesia, round the top of Cape York, the northern most extent of mainland Australia. When we began the trip  this segment of the journey didn't seem like a major leg. A month and a half later, it does. Australia is a big place. Up  the east coast is a long, long ways. Rounding Cape York, by time we accomplished that task, seemed very satisfying. Since leaving Cairns we've put in nine days at sail and a few anchored. We've had great sails. The trade winds normally blow in off the Coral Sea over the Great Barrier Reef from the SE very consistently this time of year. The past few weeks the weather has been dominated by a continent sized high pressure. 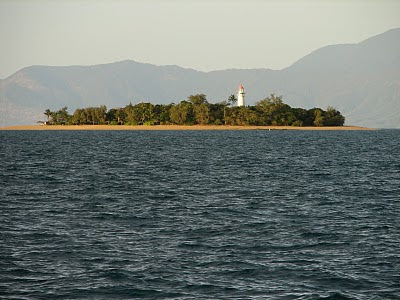 Since in the southern hemisphere the winds around a high circulate counter clockwise the eastern side of this high has brought in cool air from the southern ocean and reinforced the trade winds. We've had 25-35 knots from the SE since we departed Cairns. This makes for fast and easy sailing when you're headed NNW. It also makes for windy and rolly anchorages when you put in to some sandy cay or behind some prominent cape to spend the night. And we've done nothing but day sails. From Cairns we've stopped at Low Islets, Cape Bedford, Lizard island, Flinders Island, Morris Island, Portland Roads, Cape Grenville, Possession Island and now the Red Island anchorage at Siesia. We've been ashore at a few places and especially enjoyed Lizard island. 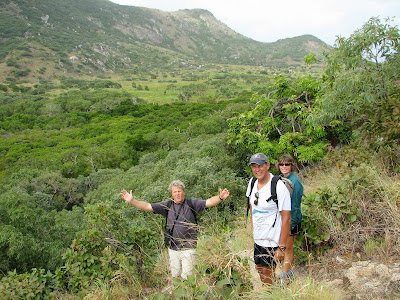 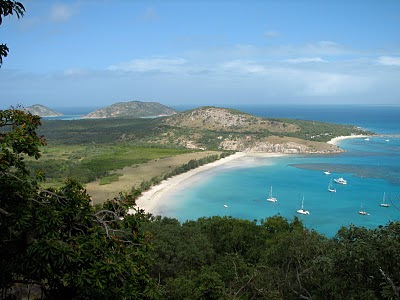 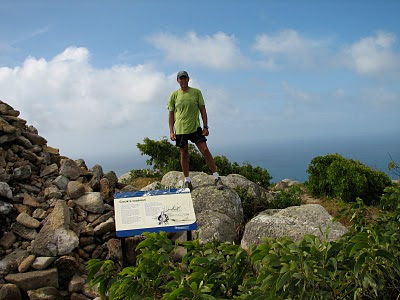 Cook came ashore here with Joseph Banks to climb to the peak of the island and look for a passage out through the reef structure. We climbed the peak to "Cook's Look" and could see what Cook saw and was so heartened by. He had a way out. Banks named the island after the big monitor Lizards he found everywhere. We didn't see the lizards but we liked the island anyway.

So we've had great sailing. We haven't hoisted the main since leaving Low Islets. We roll out the 150% genoa and blast off on a broad reach doing 7-10 knots (max seen 11.4) with no strain at all. The wind vane or the auto pilot is steering and we navigate and keep things under control. The reefs to windward keep down the swell and we deal with wind chop of 3-6 feet on the quarter. 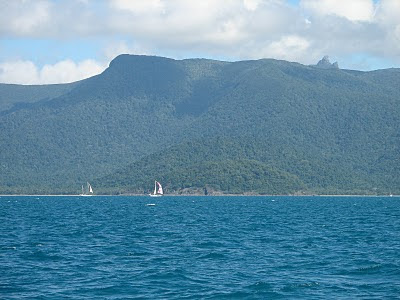 There's plenty to navigate around. The reef structure is complex and becomes more and more constricting as you get north. There's a lots of freighter traffic and they're restricted to the shipping channels by depth. Since often we're restricted to the channels as well, for the same reason, we have lots of VHF chats with freighters. Day sailing up this coast is a lot more relaxing than dodging reefs and freighters at night. We've been in company of several boats the past weeks and the social life has been very nice at anchor. Tin Soldier and us have been together through most of the trip and they're great company. 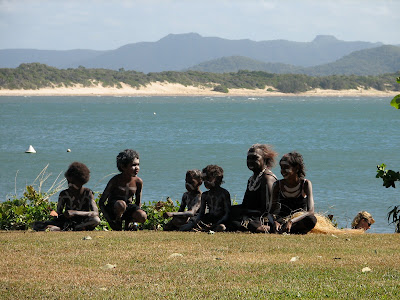 Siesia is the end of the Aussie world  to the east. It's a port for the aboriginal inland town of Bamaga and a major destination for very adventurous Aussie four wheel drive enthusiasts. So there's a camp ground here. A good air conditioned food store, an aboriginal fast food joint, a gas station, an internet cafe and a tackle shop round out the metropolis of about 200 folks. The roads up here are primitive at best and closed a good deal of the year due to flooding, etc. The four wheel types are very dedicated . I haven't seen these kinds of deadly serious vehicles since hunting in Namibia. And these guys all have snorkels for river crossings. Not a factor in Namibia. There's a wharf here and a  freighter comes in a few times a week with supplies. Everyone is very friendly. It's a very nice, no BS kind of place. This is winter and the weather, though windy, is lovely.  In the summer it must be a hell of heat and humidity. 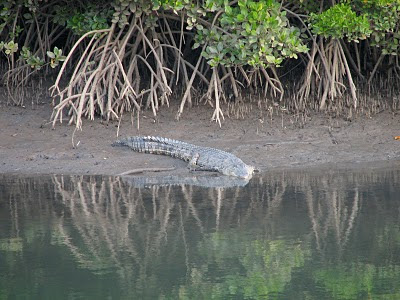 So we plan on departing tomorrow for Darwin. It's six hundred miles across the Gulf of Carpentaria and the Arafura Sea.  This will be a blue water passage, about four days,  with a possible stop in the Wessel Islands or Port Essington depending on tides going around 'notorious'  Cape Don heading into the Van Diemen Gulf and Darwin. We're looking forward to Darwin, civilization, and a little land travel. 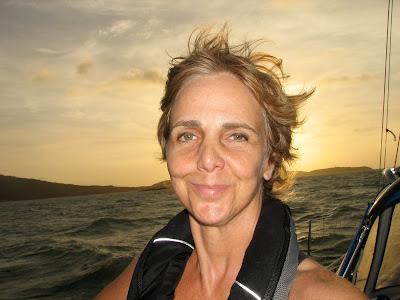 Internet access here in Siesia is quite limited so I'll not upload photos. Also email doesn't seem to be working on my main account so you may not get notification until we reach Darwin.

Love to all,
Bill & Janet
SV Airstream
Posted by Bill and Janet Wickman at 9:36 PM