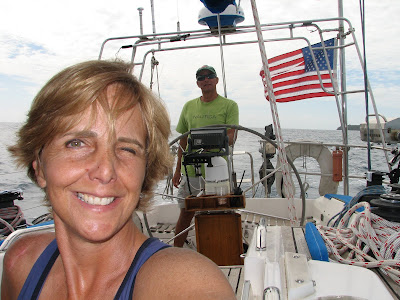 Sometime running between Vuda Pt. and Musket Cove we put 10000 nautical miles under the keel since departing Humboldt Bay. At present we're in Port Vila, Vanuatu moored in what seem to be pretty darn cosmopolitan circumstances. We're a short dinghy ride from several very nice restaurants. We have friends around us. The weather is quite nice, and when it isn't, we're well protected. Life is easy. 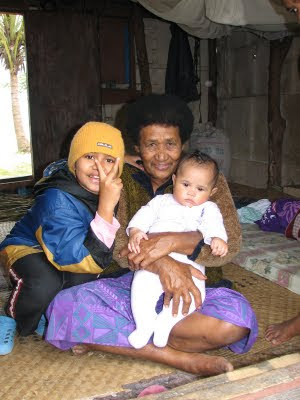 But leaving Fiji was hard. We loved the people and the place. We hadn't seen enough but the choice was to spend the season there or move on to Vanuatu and Australia. We went up into the Yasawa group again for a couple weeks and had great experiences. We snorkeled with the manta rays south of Naviti. We had a wonderful time with the sweet people of the village of Malakati on Nacula. 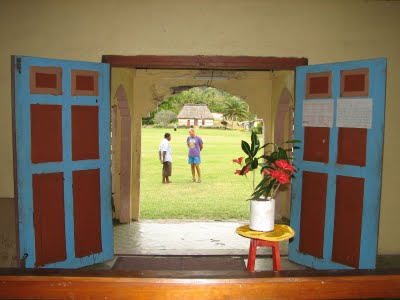 We spent several nights at the beautiful anchorage of Navadra. There were plenty of good reasons to stay on in Fiji. We changed our minds several times but ultimately decided it was time to move on. 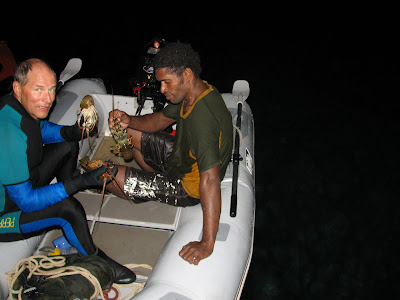 So we pushed off early August 18th from Vuda Pt. bound for Port Resolution, the island of Tanna, Vanuatu. This was a voyage of about 490 nautical miles and turned out to be about one third broad reach in rough and rolly conditions, one third motoring in flat calm and two thirds pretty much hard on the weather. Oh well. We caught a nice Wahoo and wrapped a genoa sheet around the prop shaft during the fish fight. 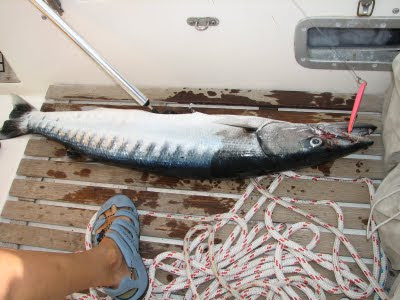 I dove the shaft and got the wrap off but the shaft strut got torqued and is seeping a little water so we'll fix that here in Vila next week. It was three days, 18 hours en-route to one of the most beautiful land falls we've ever made. Something about the red glow visible in the night from 35 miles out, the glow being from the erupting volcano above the anchorage. Or maybe it's the lush green beauty of the nearly land locked anchorage with no sign of development. Or maybe it was the guys in dugout outrigger canoes who came out to greet us politely. 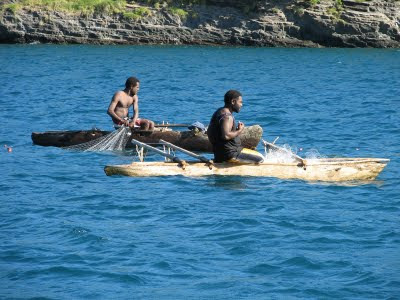 Port Resolution is a place which should not be missed. We went ashore and made arrangements with the local village spokesman to get a ride across the island to check in with the authorities and to ride up to view the volcano that evening. 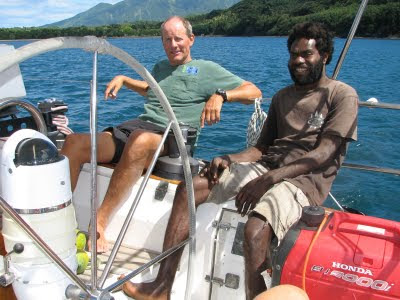 The one truck in the village is the vehicle to reach the final path to the rim of Mt. Yasur. This has been a continuously active volcano since before Cook visited in 1774 and named the bay after his ship 'Resolution'. Shall we say the 'roads' are rough? Hiking up to the volcano rim in late afternoon and watching and listening to the thing blow molten rock lava bombs hundreds of feet into the air as darkness falls is a very, very memorable experience. They do restrict access when levels of activity are extreme but the normal levels are pretty impressive. The local guys reassured us by saying no one has been killed there since 1995 when a couple Japanese tourists got hit by the same lava bomb. 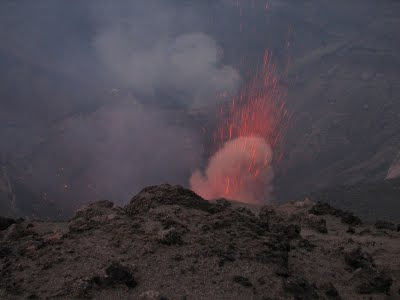 We took the truck over to Lenakel, the main village on Tanna, to check in. After our volcano experience we brought boat cushions for the truck ride. Since it's almost two hours each way over another Tanna style 'road' the cushions were one of our better ideas in awhile. The ride was a steep trek over the central mountains on the island through heavy tropical forest. 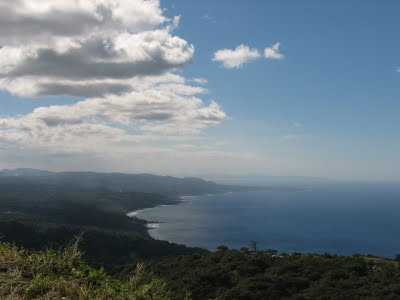 There are tiny villages here and there and people live on a subsistence level pretty much as they have always. 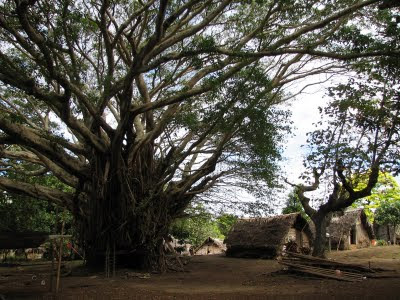 But cannibalism officially disappeared in 1968. Now how that date was arrived at we're not sure....The Tannans used to raid the nearby island of Erromango for human victims. Pigs were the reward and the going rate was ten pigs in trade for every Erromangan a Tannan warrior could bring to the the pot. This a still big joke amongst the Tannans, but we haven't met any Erromangons anywhere.

Check in at Lenakel was very smooth and the town, since it was market day, was bustling and colorful. 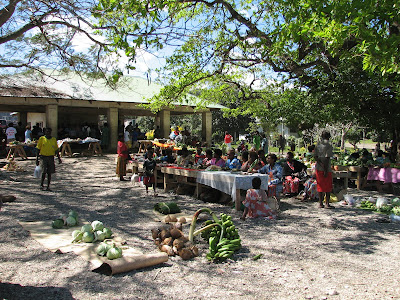 We enjoyed a couple more days in Port Resolution and then sailed in the company of our friends Jamie and Christine Tate on "Morning Light" up to Port Vila. This was another bumpy 24 hours but we were getting over nine knots occasionally with the genoa, stay'sl and a reef in the main. Fast for us.

So now we're enjoying the comforts of civilization in Port Vila. The Waterfront Bar and Restuarant is another classic yachtie hang out. We'll haul the boat next week and fix the strut leak. Then the scheme is work north through the island group to Espiritu Santo. 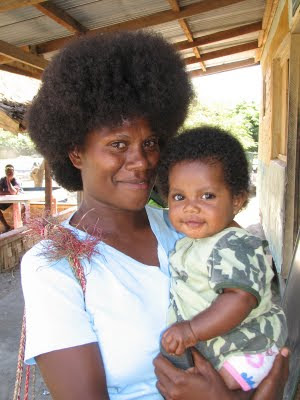 Probably sometime in early to mid October we'll depart from there direct for Australia. We'll make port in Bundaberg, put the boat on the hard, travel a little on land down to Sydney, and then be home in November. As they say in the cruising community, "that's the plan".

Love to all,
Bill & Janet
SV Airstream
Posted by Bill and Janet Wickman at 11:22 AM

Hi Bill & Janet!
I just caught up on your blog and wanted to give you a big e-howdy! I took Uncle Tio down to the bay area and got work done I was unable to do at home, new dodger, furler and other rigging,repowered with a Yanmar 3YM20 and brought him back to Humboldt Bay 3 weeks ago. I am preparing to travel south nest fall. I wish you all the best in your travels, call me if you want my help in crewing!
John