The good, the bad, and the expensive….life on the boat in Fiji!

The times since the last blog have been generally pretty good but, as you may read, there has been an expensive development. 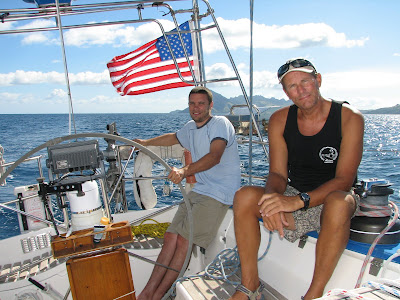 Julie and Russ, my niece and her husband, visited us and we had a wonderful time. The weather cooperated. That hasn’t always been the case when special guests visit. Loren and Mary Halverson had to sit out a lot of rain and storm conditions last year in . But this year the weather gods smiled and we had sunny, breezy days and cool nights. We snorkeled the Musket Cove reefs and explored . We sailed north to the southern boundaries of the Yasawa Group. Russ and I engaged in minor boat repairs. Janet and Julie had some great shell hunting. The snorkeling was very good. When their island hopper commuter aircraft didn’t show for the return flight to Nadi the local ‘agent’ arranged a boat to take them the fifteen miles across the Nadi waters to Denerau where they would catch a cab to the airport. When the boat’s engine crapped out half way there (at night of course) they managed to get things running again in time to get to shore and make their flight home. A little adventure is good. 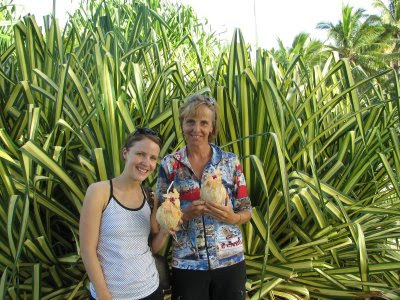 The trip up to Waya, the southern most island in the Yasawas was a special glimpse of good things to come. Waya is a rugged, precipitous, volcanic island, very green and lush with dramatic rock outcroppings and lovely white sand beaches. It’s shaped like a vertically elongated X with deep bays on the north and south. Since we had a nice easterly trade blowing and would have for several days we reached north from Musket Cove and thirty two miles later dropped anchor in the southern bay off the , well protected from the prevailing winds and seas. We took the dinghy ashore and did SevuSevu with the village chief although in this case it was the chief’s brother-in-law.. SevuSevu is the Fijian custom whereby a visitor asks permission from the leadership to be present in the village. The custom upon arrival at a village is to make yourself known, and they will see you coming, and ask to meet the chief. Someone will greet you in a very friendly manner and take you to a meeting place where you are greeted formally and where you make a present of about half a kilo of Kava root (which you have in stock for such occasions) to the chief. He, in return, grants you the freedom of the village and the surrounding waters and the village takes responsibility for your well being during your visit. You may end up drinking Kava with an assembled group, we didn’t in this case, or it may not be much of a meeting at all. It varies a lot from village to village. So we visited Yalobi which is a very sweet and unspoiled village. 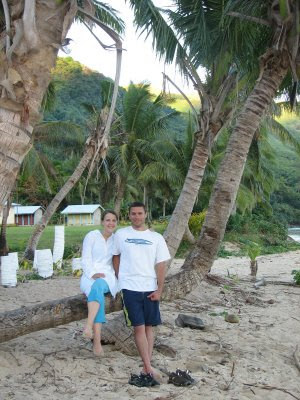 There was no sign of tourism and not much contact with the outside world. We went to a nice church service the next day which was partly in English for our benefit. That afternoon we motored a little north up the west side of the island where we anchored off a nice beach and a simple but lovely resort called ‘Octopus’. There was great snorkeling off the ‘Octopus’ reefs.

We spent two nights there and returned to Musket in time for Julie and Russ to enjoy a couple nights at the Musket Cove resort and make their flight home. We had a great time with them.

You’ll note I said we ‘motored’ a little north. I’d been a little concerned about that engine since leaving Half Moon Bay in NZ. There had been a little work done by the local diesel outfit there and things had been ‘different’ ever since. It began making smoke and it became hard to start sometimes. It had never acted that way before. The oil usage I had always considered normal for that engine (a Perkins 4-108) seemed to stop. I changed oil and filters a couple times. I thought because I was using a new brand of oil the characteristics of the engine had changed. I thought maybe I had overfilled the oil but it seemed to be making oil. This can be a very bad sign but there was no indication of water in the oil. Gradually we became convinced there was fuel in the oil and we headed over to Fuda Pt. to get the engine looked at by Baobab Marine which is owned by a South African guy with a very good reputation. We made it into Fuda Pt. with a low oil pressure warning occurring at low RPM and got established in this nice place. 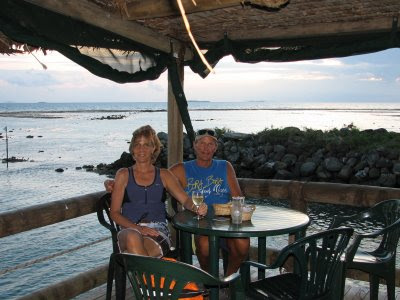 The next day we attempted to start the engine and it had seized up solid. After the engine had cooled down things just wouldn’t rotate any longer. Sayonara faithful Perkins! So the question became; Do we spend a lot of money on an old (6000 hrs) out of date English diesel or do we spend a little more money on a new Japanese Yanmar 4JH4AME? Janet likes the idea of a new, quiet and reliable engine. So do So the new Yanmar is supposed to be here tomorrow and in the boat the next day. We talked with two boats who had the installation of the same engine done here and they were very pleased. The price for the engine is less than we would pay in the US and the installation labor, even if it goes way over estimate, will be much less. So it could be worse. If things go as forecast we’ll be out of here soon. Stay tuned, the action starts tomorrow. 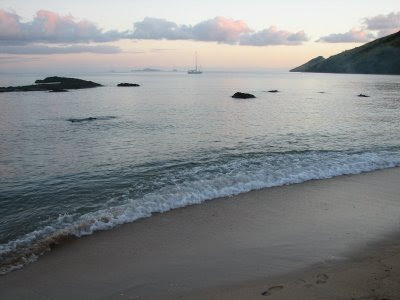 PS: We had very good scuba diving off the reefs around Malolo and the Manmanucas.

Posted by Bill and Janet Wickman at 1:43 PM