“All men dream: but not equally. Those who dream
by night in the dusty recesses of their minds wake in
the day to find that it was vanity: but the dreamers
of the day are dangerous men, for they may act their
dreams with open eyes, to make it possible. This I did.”
—T.E. Lawrence (of Arabia) , from “Seven Pillars of Wisdom”

Today the sale of Airstream was completed. Funds were transferred from the maritime title company to our accounts and the new owners took possession. What can I say? We owned that boat for thirteen years. We took her to Mexico and back up the coast to our home in northern California. We took her up and down the coast a few times. We were dismasted off Cape Mendocino and had her re-rigged in 2006. 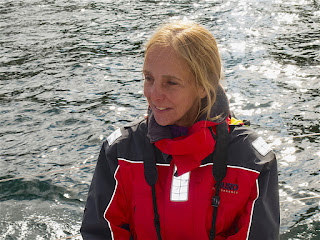 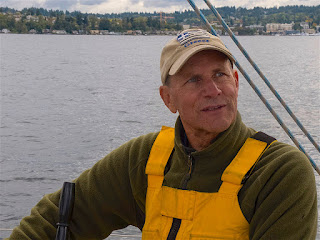 We spent what for us was a lot of money. We agree completely that it was money very well spent. It was a great experience and we were very, very lucky to have had the time and means to make the dream a reality. 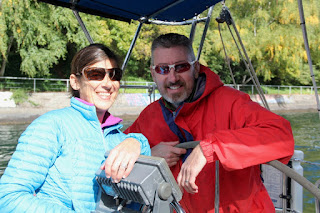 The new owners are a nice couple from the Seattle area who have cruising plans. They seem to have the drive and knowledge to make it happen. Mike Locatell of Discovery Yachts was our broker. We’ve bought two boats through Mike and now we’ve sold two. I certainly don’t know of a more knowledgeable and honest broker.

He and his wife Beth have been friends since our first work together back in about 1998. We had a lovely sea trial with the prospective buyers on Lake Washington and a very thorough survey done the next day at Canal Boat Yard on Lake Union. 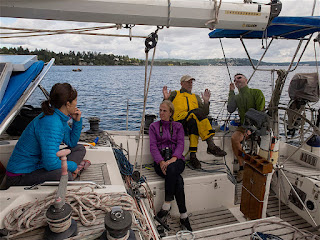 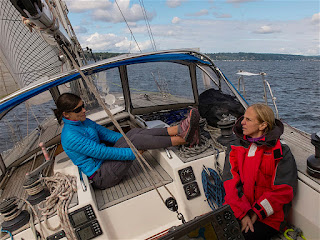 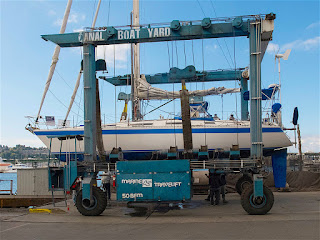 Its an old and trite remark that the two happiest days in a boat owners life are the day its purchased and the day its sold. I say its not true. Both were good enough but in between we had many, many happier days using the boat for the purpose it was designed. 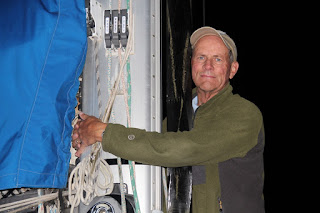 I’ve never before anthropomorphized a boat but this boat did take on a personality and we had a complex relationship. It is a fast, strong, seaworthy, occasionally demanding, craft to  sail the seven seas. I’m not Lawrence, a man of magnificent dreams, but this was a dream machine.

PS: All photos on this post by Janet and by Lee Youngblood of West Yachts.
Posted by Bill and Janet Wickman at 7:46 PM

Congrats to you both on an amazing, life-changing adventure circumnavigating the globe! Susan and I were privileged and most grateful to join you on a few short segments of your great journey. We will cherish those memories forever.

It has been a honor to have the chance to assist you, over the last years. Beth and I wish you the very best in you future adventures!

I'm sure that it is a relief to sell that craft, but with mixed feelings for all the good times and memories. Now off to the wild blue yonder.

You guys are true adventurers. My wish for you is that you keep it pointed "outbound." How about a book? A movie? I'm waiting breathlessly ...

Your blog and adventures have been amazing! Thanks for sharing! Think about that book/movie idea. Your writing and photos are both inspiring and poetic.
~Cindy Crone-Koepsel

Fantastic blog nicely written - many very useful points for us who follow.

Thanks for sharing the information